Want to whisk your beloved away for a weekend this Valentine’s? From gazing across the dinner table in a glamorous restaurant in Europe to snuggling under the sheets at a rustic retreat in the UK; these are The Sybarite’s pick of our top luxury weekend getaways for Valentine’s that are sure to sweep your sweetheart off their feet… All within an hour of London, the characterful Bel & The Dragon South of England country inns are perfect for a last-minute Valentine’s weekend break. Couples will be warmly welcomed with Laurent-Perrier Brut champagne in their charming country bedroom, followed by a selection of tempting canapés and an elegant glass of Laurent-Perrier Cuvée Rosé, before enjoying a tasty four-course dinner together in the restaurant. Stretch your legs by exploring the century-old architecture in the local town and rolling green English hills before returning to your inn and curling up by the fire with a good book. 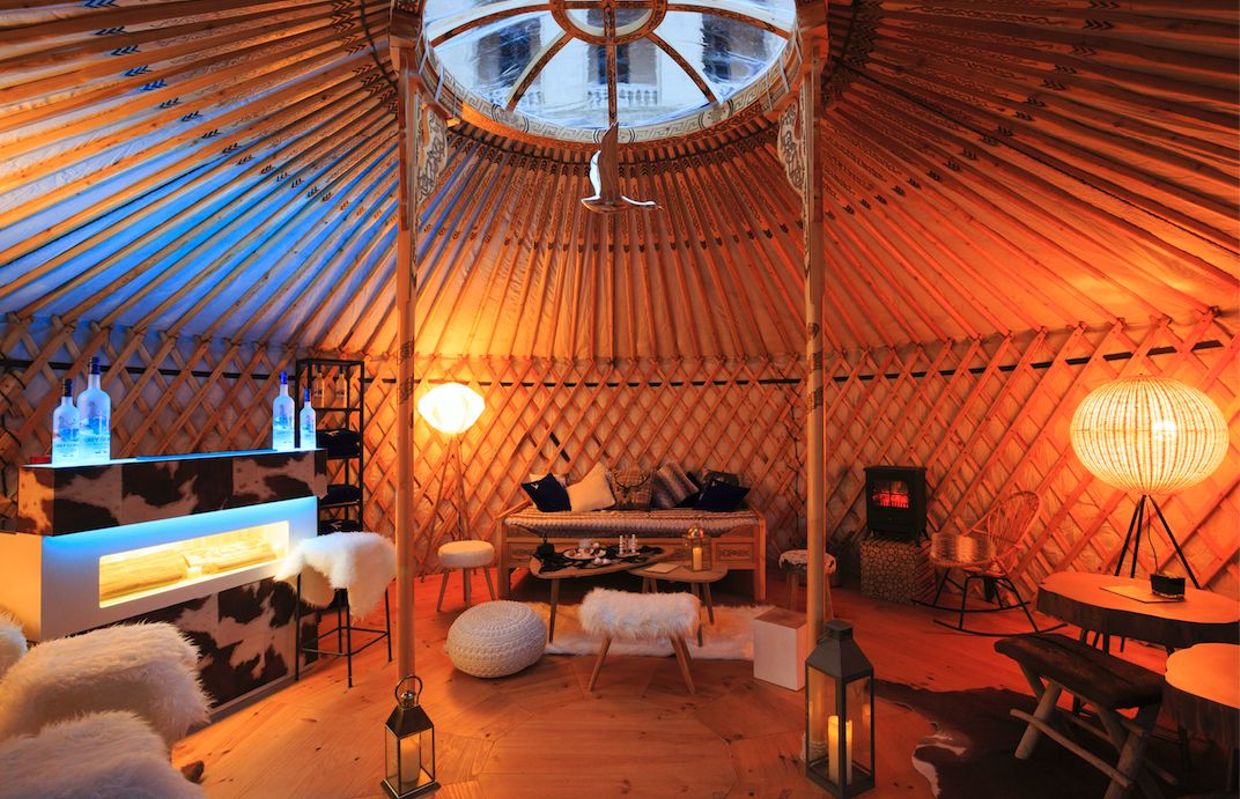 Fancy doing something a bit different but still want to impress your lover with a bit of glamour? The InterContinental Marseille – Hôtel-Dieu has installed a huge five-star Mongolian yurt on its majestic 750m2 historic terrace (voted Europe’s best terrace at the Prix Villégiature in October 2016 – sure to get your petit chou swooning). During the stay, guests can also taste a range of cocktails from the hotel’s award-winning barman, Xavier Gilly, and exceptional dishes from starred chef Lionel Levy.
This chic and snug cocoon features raw wood furniture, a Grey Goose Vodka bar and thanks to the yurt’s large windows, an exceptional panoramic view of Notre-Dame de la Garde Basilica. Ah, l’amour.

Does the idea of strolling around famed museums and marvelling at stunning architecture abound give your significant other flutters? Then a European city break to the magical city of Prague should be just the ticket for your Valentine. With everything in this beautiful city within walking distance, travellers can stroll along the famous Charles Bridge before stopping for a warming cup of coffee or teaWith just eight rooms, the opulent Alchymist Prague Castle Suites hotel is reminiscent of a fairytale castle of yore. In fact, it is settled in an 18th-century Wallenstein Palace on a cobbled street round the corner from the Czech parliament. Couples staying during February can expect to find rose petals strewn on their bathroom floor, a seven-course meal in the Aquarius Restaurant, homemade truffles and an indulgent couples massage.

The One for Foodies

Head to the Sicilian capital of Palermo for an abundance of exquisite and unique dishes influenced by its Roman, African and Arabic culture origins. For a meal to really wow your love, Michelin-starred restaurant Bye Bye Blues a great choice, located not too far from the centre in the stunning beach area of Mondello. However, fantastic food is everywhere in Palermo. Fresh, delicious treats can be found at markets all around the city. Try traditional Sicilian pastries like cannoli and cassata, not forgetting the incredible gelato! Other interesting dished to try include pane ‘ca meusa (bread with spleen) and arancine (fried rice balls). Stay at the luxurious Grand Hotel Villa Igiea, a five-star hotel overlooking the Gulf of Palermo, situated in the district of Acquasanta, only 3km from the historic city centre. Surrounded by colourful terraced gardens, guests can choose from either a courtyard, garden or seaside bedroom view. Lounge by the bar before dinner and be serenaded by the melodic tones of the piano as you gaze into each others eyes all night long.