For the international jet set, preparing to make their way to Britain’s capital for London Fashion Week, we have our top picks of Sybarite hotels curated especially for you. Take a look below at the coolest places you should be staying at this season…

The Ampersand
This elegant boutique hotel is, in fact, a beautifully restored Victorian treasure, and is in close proximity to the V&A, Natural History Museum and many of London’s most popular museums. It is also well located for Harrods and shopping in Knightsbridge, Hyde Park, Chelsea and the Kings Road. With South Kensington tube station just across the street, all of London is within easy reach.

The luxury hotel rooms are inspired by the local London neighbourhood, referencing five central concepts: botany, music, geometry, ornithology and astronomy. The Victorian values of discovery and wonder combine with a modern sense of whimsy to define all 111 rooms and suites, from the pattern of the V&A’s costume collection to the Science Museum’s planets and phials, from the Natural History Museum’s ornithological drawings to the drama and ceremony of the Royal Albert Hall. 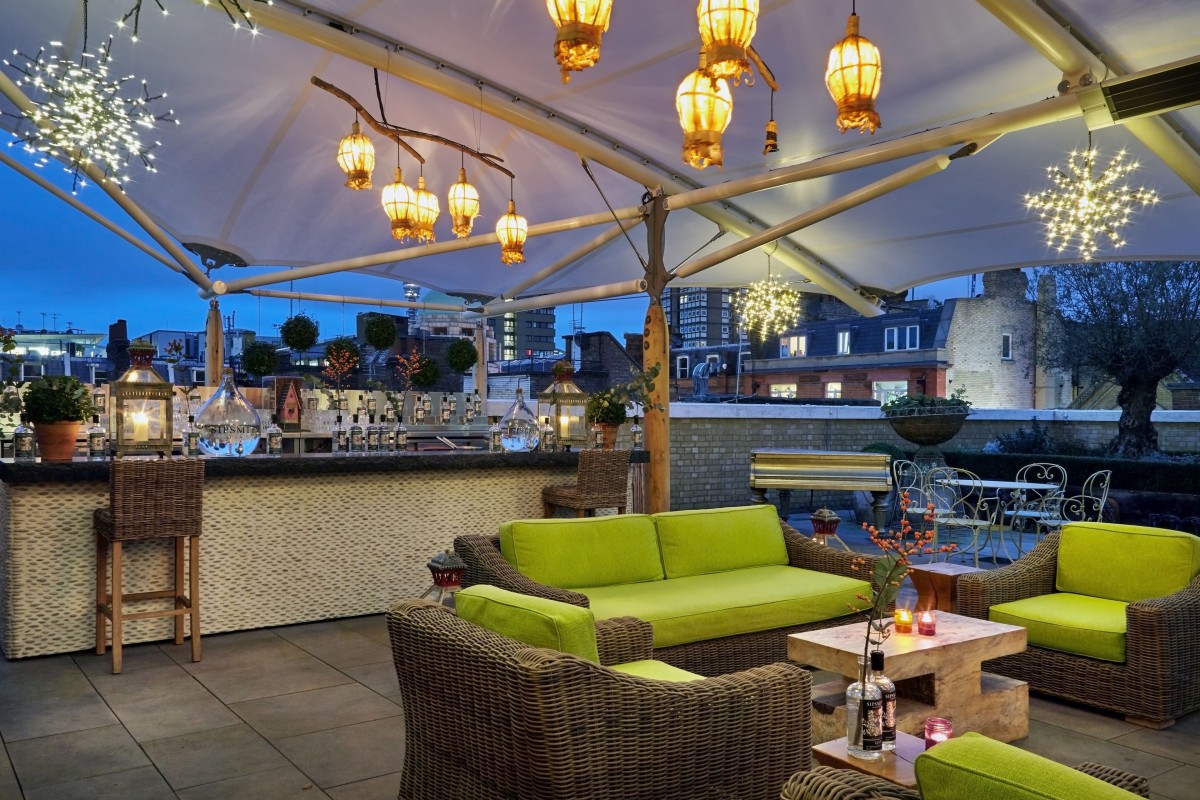 In the midst of Soho and moments from Mayfair, Ham Yard Hotel has an urban village feel. The hotel revolves around a tree-filled garden with a bronze sculpture centrepiece by Tony Cragg. Interiors are designed by Kit Kemp in her award-winning modern British style. Alongside the hotel’s 91 individually designed bedrooms and suites are 24 apartments, 13 independent stores and a restaurant and bar with outdoor dining. The property boasts a drawing room and library, spa and gym, theatre, private event rooms and even a 1950’s style bowling alley. The rooftop terrace, another of the hotel’s private events spaces, has sweeping views of the Soho skyline.

Charlotte Street Hotel is situated in the media neighbourhood just north of Soho. It is a minute’s walk from leafy Soho Square and the theatre district, within easy reach of the financial centre and is surrounded by some of London’s best bars, restaurants and cafes. Designer Kit Kemp has used a ‘Bloomsbury Group’ theme throughout the hotel which features original art from the period and a mural in the brasserie reflecting scenes of ‘contemporary London life’.

In this international capital of business and culture, Four Seasons Hotel London at Ten Trinity Square offers a remarkably central location – just 20 minutes from both the West End and the East End. This luxury London hotel is just a short stroll from the Tower of London, Tower Bridge, St. Paul’s Cathedral, Shakespeare’s Globe Theatre, HMS Belfast and The Monument to the Great Fire of London, whilst their two destination restaurants are enhanced by a vibrant bar and lounge in The Rotunda. For relaxation, there’s the City’s most lavish spa sanctuary. Every experience is unified by thoughtful, intelligent Four Seasons service.