Every week The Sybarite collates its pick of the hottest luxury lifestyle news into bite-size chunks. In this week’s edition, we cover the opening of Knightsbridge’s newest Japanese-cum-Italian restaurant, a new Cézanne exhibition at The National Portrait Gallery, the planned opening of Four Seasons Megève and The Peninsula New York’s Fifth Avenue suite. 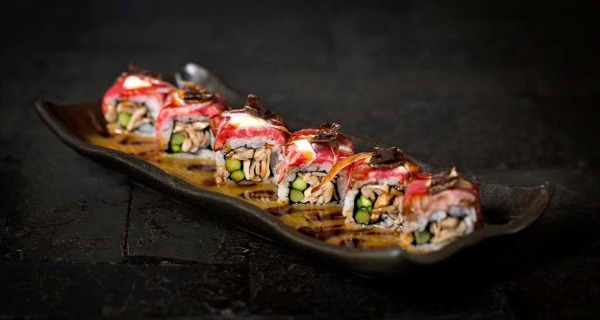 The newest arrival to the West London food scene combines traditional Japanese cuisine with classic Italian. Flavio Briatore of Twiga has partnered with the famous Sumosan to bring a chic three-floor restaurant and classy hangout to London hotspot Knightsbridge. It’s not quite a fusion as Italian and Japanese dishes can be ordered alongside each other, allowing guests to enjoy sushi on one plate and pasta on the other.

The new major exhibition, starting October 2017, will bring together over 50 of Cézanne’s portraits from collections across the world, including works never before on public display in the UK. In collaboration with the Musée d’Orsay in Paris and the National Gallery of Art in Washington DC, the exhibition will be staged at all three venues, opening at the Musée d’Orsay from 13 June 2017 – 24 September 2017, the National Portrait Gallery from 26 October 2017 – 11 February 2018, and the National Gallery of Art from 25 March – 1 July 2018.

Luxury hotel group Four Seasons is set to open their first mountain destination in Europe in time for the 2018 ski season. Based in the Haute-Savoie Alpine range facing Mont Blanc, Four Seasons will open the 55-room hotel a mere 70 kilometres from Geneva International Airport. The group will also renovate a collection of traditional chalets in the heart of the medieval Mont d’Arbois village.

Located on the 17th floor, the recently unveiled 2,500-square-foot, one bedroom luxury suite boasts stunning views of Midtown’s famed Fifth Avenue stretch. In addition to this, guests can enjoy an 80-inch flat-screen television, a 50-bottle wine cellar, state-of-the-art Gaggenau appliances and a dinner table for 10 – just in case you feel like hosting a spontaneous dinner party when you’re in town.